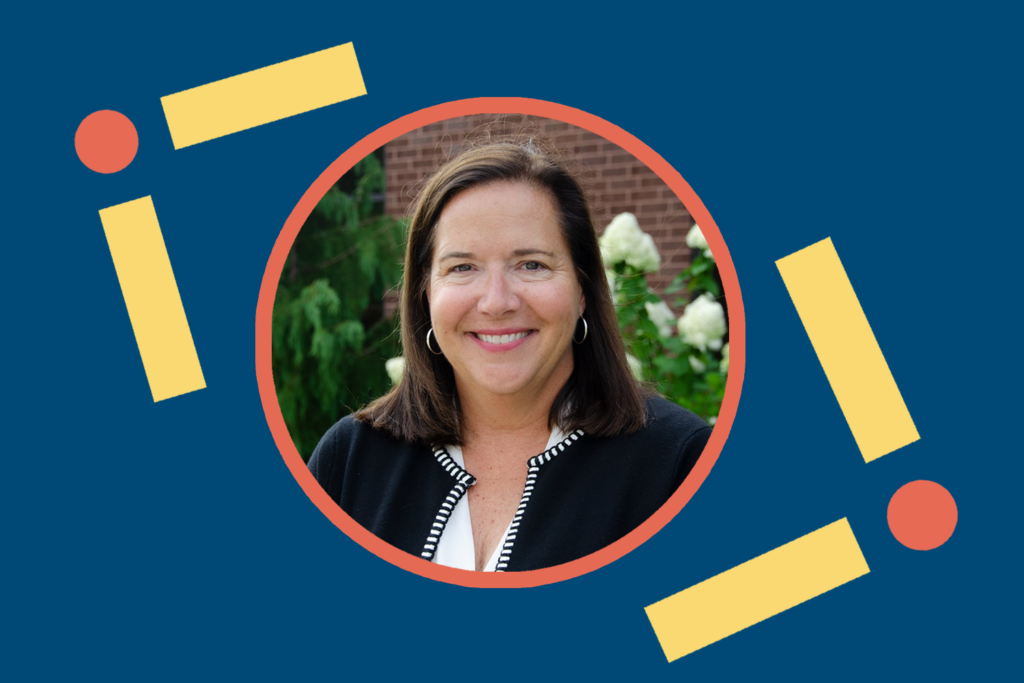 A few days ago, we had the privilege of being in conversation with Martie Gillin Bernicker, ED of SpeakUp!, an organization with a mission to “provide youth, educators and parents the skills, opportunity, and support to speak up and be heard on the critical topics of today”. Martie was one of three incredible speakers who shared their leadership stories during our Leading Through this Moment virtual workshop in late April. The session marked the launch of SPP’s Learning Series, ongoing in-person, virtual, and hybrid touchpoints where partners in our network can be in community, connect in a deeper way, and learn from and with each other.

During that session, we also had the great pleasure of hearing from Loree D. Jones, CEO of Philabundance and Melissa Levy, Executive Director of PAWS.  Each of these leaders showed up open, candid, and full-hearted. It was precisely the texture we hoped to have for our kick-off and to maintain throughout our ongoing series which will pick back up in the fall. Our thematic focus for the balance of the year will be the intersection of leadership and governance. And our goal is to delve into these widely discussed topics while applying an inclusive, human-centered learning lens.

After reflecting on our April learning session and our deeper dive with Martie earlier this month, we picked up on the strongest message all speakers pointed to in some way:

Leaders must meet this moment of constant change, deep division, and uncertainty with their full humanity, uncomfortable as that may be.

Here’s #whatwearelearning from Martie as she continues to reframe her leadership lens:

1. Take Those Unsteady Steps (Uncertain as You May Feel)

If nothing else, the last few years have presented us all with the challenge of living, almost perpetually, in a state of uncertainty. Still, leaders are charged with being strategic and decisive. We most move people and our work forward—elusive as the path ahead may be.

With racial tensions and injustices heightening, Martie shared that she felt certain about just one thing. She did not have expertise to navigate this historically complicated issue. Like many of us, she felt a sense of leadership paralysis. But not moving her mission or team forward was not an option. In spite of feeling she may not be able to do the work of racial justice “full justice”, Martie moved forward anyway. Her organization and the young people she worked with, many of whom directly affected by the moment, deserved that movement.

Leaders, especially in this prolonged period of uncertainty, must simply take those steps. Some steps may move us forward; some may feel as if they are moving us backward. No matter. Our continued movement, effort, and learning are required.

We do the work justice when we move toward it, unsteady as we may feel.

2. Honor Candor with Compassion and Action

As Martie and her team were navigating the earlier days of the pandemic, she made it a practice to check-in with her direct reports and to do so often. She asked about their work, certainly, but she also made it a point to ask about their well-being and that of their families.

During one such check-in, she received some unexpected feedback. A newer team member told her that although she was doing a good job of creating space for them to share their concerns, she was not sure Martie was fully considering what to do with what she heard, learned, as a result of those candid conversations.

Following that feedback, Martie realized that pausing for personal questions during her check-ins was not enough. Empathy was good. But action was better. Allowing what she learned from her team to inform what she did with that information was of greater importance. She needed to move from mere leadership awareness to meaningful, compassionate action.

The last two years have shifted some of our dialogue and framing about mental health in the workplace. Today, we find more leaders willing to lean into policies, practices and even dialogue that prioritize and protect the mental well-being of those we work with. Although we may hear of leaders who are willing to share their personal challenges with mental health, this kind of openness is still rare. But it shouldn’t be. It doesn’t have to be. From Martie, we learned that leadership vulnerability can open a different kind of door, conversation, and connection with others.

We saw that door open during our launch learning session when Martie talked candidly about her challenges with mental health and her lifechanging learnings along the way. By opening and walking through that often-shut leadership door, Martie gave license for other leaders in the room to reflect on and even share their own areas of vulnerability. Mental health was one of the many more personal issues many leaders have grappled with quietly and with unnecessary, self-imposed shame. Martie modeled how leadership vulnerability need not be seen as a weakness but, when coming from a genuine place, can be a much-appreciated leadership competency that builds stronger connections and trust.

From Martie, we are learning to evaluate what might be lost or gained by sharing more of ourselves with others, especially the parts that feel more imperfect, the parts that render us a little less certain.

4. Harness the Power of Humility

One cannot think about the power of SpeakUp! without giving credit to its founder, Martie Gillin (Yes! She is Martie’s namesake and mother!). The mother of 10 children, Martie launched the organization after her son Bob Gillin Jr., died of AIDS in 1992 at age 30. He asked her to help break the silence of a whispered disease, so she began doing HIV/AIDS awareness talks in schools. In the process, teens told her there were lots of things they struggled with that were hard to talk about with adults. Many of them felt like they had no one to talk to about these issues in a supportive, non-judgmental way. So, in 2000, Martie Gillin created SpeakUp! and partnered with schools to bring their youth, educators and parents together for courageous conversations where young people could be themselves, be honest about the reality of their lives and find guidance and support.

Martie Gillin Bernicker joined the organization and then became the ED in 2015. Since then, she has both supported and amplified her mother’s vision, legacy, and impact. Bob inspired Martie too. He died when she was just 26, but he had written each sibling a letter about his hopes for them that they would receive after he died. His wish for Martie was that she would find true humility. Martie was confused. She thought she was fairly self-aware. Before she could internalize where her mind instinctively went, she read on. Her brother wanted her to not only consider areas of growth but to also reflect on her assets, the things she did well but did not give herself credit for doing, being.  Bob encouraged her to look at those assets.

Like many other good leaders, Martie was used to focusing solely on her areas of growth. Despite leading a strengths-based organization, she was not as good at reflecting on, harnessing, maybe even celebrating her areas of strength. Bob’s message helped her realize the importance of finding some equilibrium. Assessing and honoring her strengths was also an act of humility.

Good leaders, we learned from Martie, must be as honest about their strengths as they tend to be about their flaws.

There is a lot more to Martie than what can be covered in this limited space. But we thought we would open up a tiny window into how some of her lessons learned have informed her stronger walk and impact as a leader. Our hope is that these takeaways, distilled as they may be, might be helpful affirmations as we all continue to walk through this ever-evolving journey to leadership and to impact.

Learning from you and with you,
Team SPP

Learn more about Martie and her work at SpeakUp Philly!

Be sure to also check out Loree D. Jones at Philabundance and Melissa Levy at PAWS. 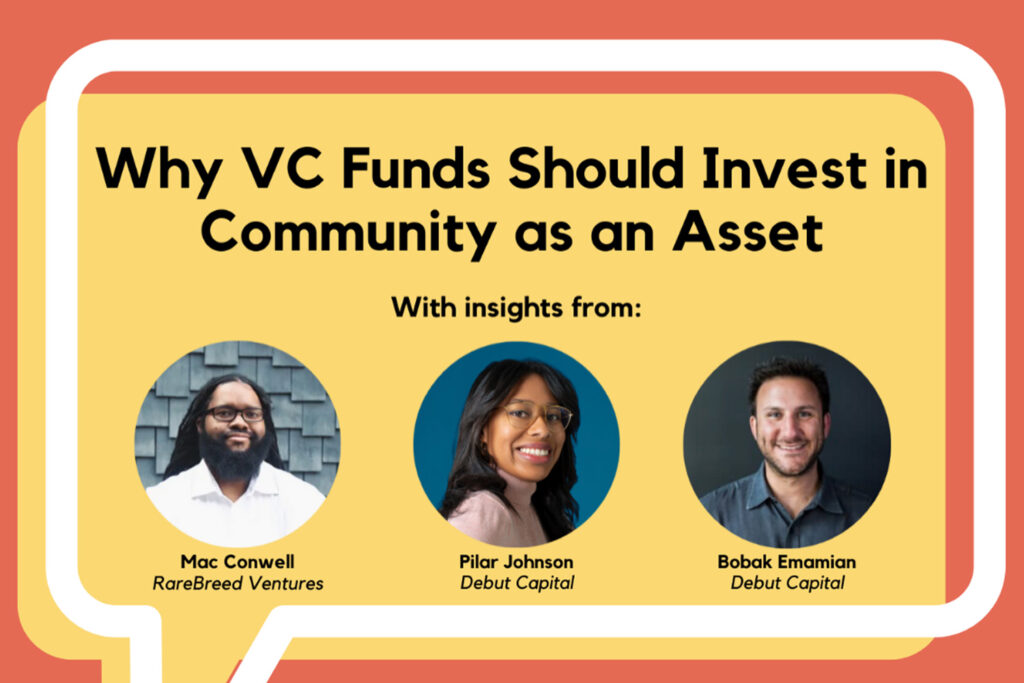 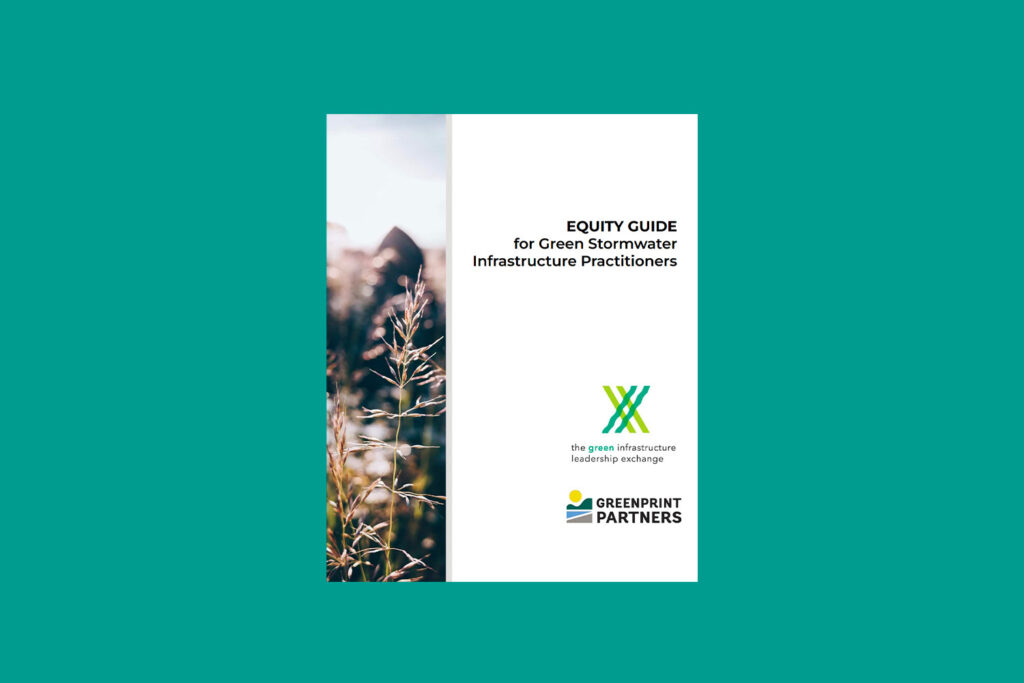 Learn About Advancing Equity in the Stormwater Sector
Shared Learnings |
May 3, 2022 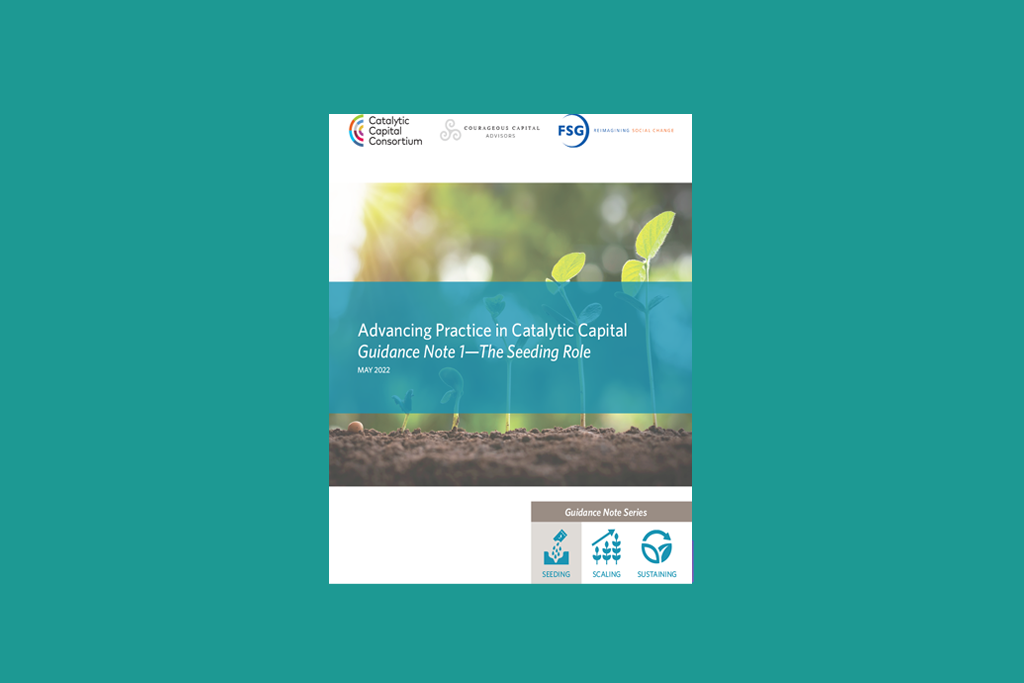